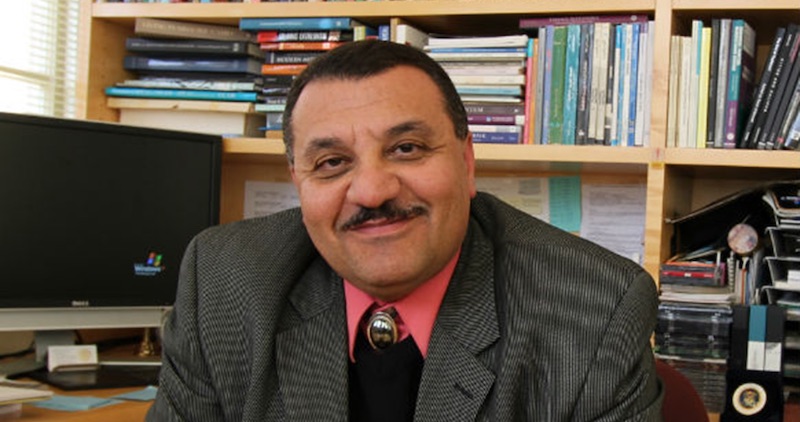 Nezar AlSayyad, author of Traditions: The Real, The Hyper, and the Virtual in the Built Environment.

Over several decades the tourism industry has transformed into a multi-billion dollar cash cow for cities, communities and governments alike. Yet, an emerging movement of anti-tourism campaigners threatens the relationship between people and their local built environment.

Tourism has always been an important human activity and business. But today, condemning tourists is becoming a trend with serious significance for future relationships between nations and people.

This summer saw demonstrations against tourists in the popular tourist destinations of Barcelona and Mallorca with banners declaring, “tourism kills neighborhoods”. This new anti-tourist movement in Europe should not be ignored, particularly for those interested in tourism and the built environment, otherwise known as man-made environments. Economically, the outcome of these confrontations pit residents and neighborhoods against one another. Culturally, they point to the rise of a general sentiment against people who are different. And the political repercussions are great.

As individuals, communities or nations, there are often two conflicting sentiments toward others and their traditions. In the first, we resort to tradition out of fear of change. But protectionism against the unknown may often turn into hostility, and sometimes into fundamentalism. The second sentiment is often the product of an intense curiosity about other people and their cultures and a desire to experience those mysterious “others.” The two sentiments, both legitimate, are not necessarily contradictory. In fact, they happen simultaneously or alternatively, based on time and place. Tourism allows us to see how built environments are often packaged and sold in an increasingly global economy of image consumption, with all of the problems that result from such encounters.

In this era of globalization, nations find themselves having to compete in an ever-tightening global economy, forced to exploit their heritage to attract international investors and the tide of foreign tourists. Tourism development has intensified, producing entire communities that cater almost wholly to, or are even inhabited year-round by people from elsewhere.

Of course it all started with European colonialism which gave us world exhibitions and ‘the grand tour’ – where elites were expected to visit the architectural marvels of Greece, Italy and sometimes Egypt in order to confirm their socioeconomic status. This allowed many to see and encounter other people with different languages, customs and traditions. Today there are more people on the planet who have met people from other cultures and ethnicities than at any other time in human history. And yet all types of tourism today may be impacted if this newfound hostility to tourists spreads; further pitting one community against another, often in the same city. Indeed the economy of many of these places depends substantially on the tourism industry.

Today, there are four types of tourist sites, each imperiled by this new wave of anti-tourist skepticism.

The first type is what can be called “dream landscapes” that replicate historical settings based off of using history to create a Wizard of Oz-like place, where all conflicts within a given culture are resolved, and where all cultural aspects are reduced to their most basic image. Authenticity here is desired, and is achieved through the manipulation of experiences. The ultimate example is, of course, Disneyland and Ratatouille outside of Paris, France, proving that even if heritage is mimicked, history sells rather well.

The second type uses history to sell itself but also has a legitimate claim to an authentic past. The attempt to resurrect such places by remaking them in their former image may serve to attract tourists for financial gain; serving as “banks” for the national memory. Colonial Williamsburg, United States and the Bastakia quarter in Dubai, UAE are good examples of such a sites. A replica of the capital of Revolutionary-era Virginia, Williamsburg is a great public-history site for Americans. But its legitimacy depends on its claim to a “real” history, embodied in buildings and spaces. Colonial Williamsburg has often been dismissed as a simplistic patriotic theme park because it can never adequately capture the African American experience of slavery; essential to providing a holistic snapshot of this site.

The third type of tourist sites are the casino towns of Las Vegas and Macao, where cultural heritage is indeed deployed, but the claim to any pronounced or unique history is non-existent. Here the disconnect between culture and history is very apparent. Quite simply, in order to optimize the desire of producers to manufacture cultural heritage and the tourists to consume it, it becomes common for both groups to give up any claim of reality or authenticity altogether. Perhaps this is why many Americans skip the real Eiffel Tower in Paris and settle for the Vegas knockoff. Yet before rushing to dismiss as kitsch, consider that in Las Vegas there is no a hidden agenda. Las Vegas presents an outright manufactured heritage, based on the concept of copying the traditional forms of everywhere for the consumption of everyone.

The fourth type is “hype-real” cities such as Hong Kong and Dubai, places that have acquired a global presence based on precedents drawn from elsewhere and are in a constant race, whose history is fixed almost exclusively in the present. They are places whose frame of reference, ceases to be a fixed moment in history, and become instead a constantly moving target that legitimizes current aesthetics. In such places, the real dilemma is how does one experience built environments that have no connection to the geography or the history of the places in which they exist.

To illustrate this point, I will invoke a personal anecdote. At a field trip that was part of a conference I attended in Cairo in 1998, I met an American academic on the Giza plateau at the foot of the Pyramids. He was looking down toward the Sphinx. “Oh, but it is so small,” he was saying, in disappointment. His comment puzzled me, but I soon realized that he was a teacher at the University of Nevada, Las Vegas. His city housed the famous Luxor Hotel and Gambling Casino, built as a glass pyramid with a two times-enlarged Sphinx as its entrance. The man often parked his car in a lot that faced the giant Las Vegas Sphinx. When he was in Giza, he became disappointed, not because the reality did not live up to its image, but because along the way, the reality ceased to be relevant when the image – and its copy – became the principal frame of reference. Will this be how we view the built environments of the 21st century?

Nezar AlSayyad is Professor of Architecture and Planning at the University of California, Berkeley. He is an architect, planner, urban historian, and public intellectual. In 1988, AlSayyad co-founded the International Association for the Study of Traditional Environments (IASTE). Today, he serves as the Association's President and Editor of its highly acclaimed peer-reviewed journal, Traditional Dwellings and Settlements Review. In 2014-15, he was a Distinguished Guggenheim Fellow. AlSayyad is also the author, co-author, editor, or co-editor of 18 books, among more recently are Cairo: Histories of a City (2011) and Traditions: The Real, the Hyper, and the Virtual in the Built Environment (2014).