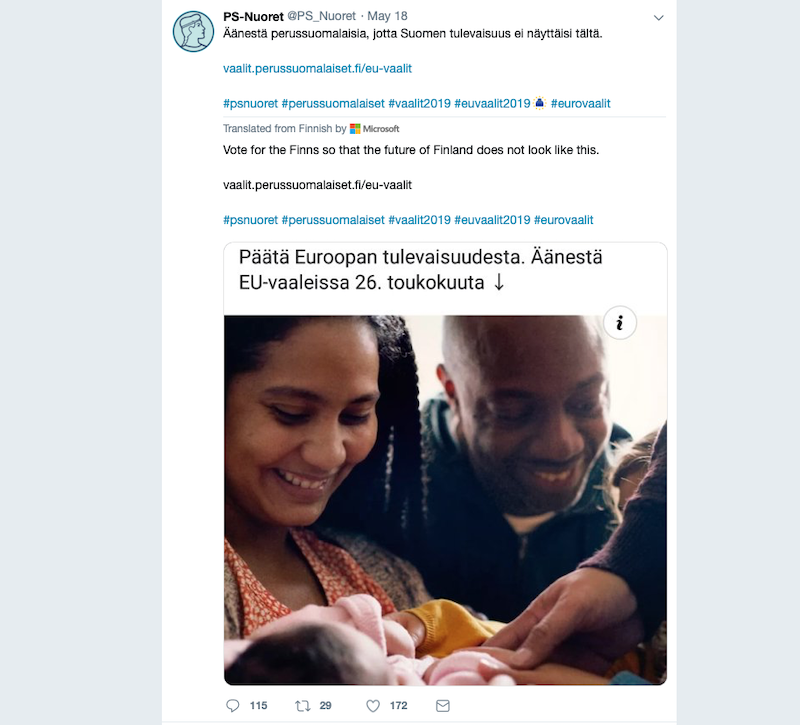 The Finns party youth twitter account has added the sentence: “Vote for the Finns party, so that the future of Finland would not look like this.”

The tweet has been liked 172 times and retweeted 29 times.

Finland still has the second lowest number of immigrants among the western European countries and the increase in the number of african immigrants is also not significant compared to immigrants form other nationalities. Between 2008 and 2018, the population of Estonians in Finland increased by 26 627, making them the number one growing immigrant population, Russians by 19 193, at number two, while first African immigrant group, Nigerians were at number 23 with an increase of only 1 720 in a decade.