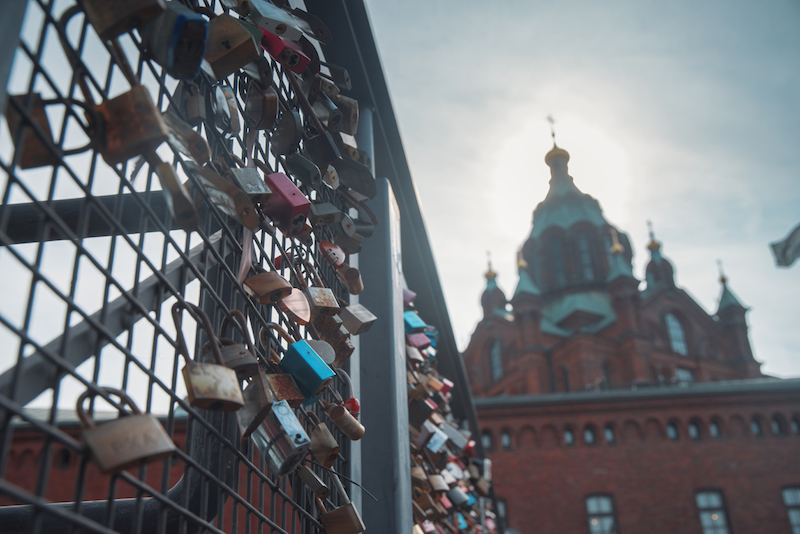 Taha fled Iraq for love. Unfortunately that’s not a reason good enough to stay in his adopted home in Finland. He went underground and now lives in Kirkkonummi with a Finnish family who wanted to help. Taha is one of thousands of undocumented immigrants in Finland.

A young man in his early 20s, he is from one of Baghdad’s provinces and when not helping with the family’s construction business he would train to be a wrestler.
He once had dreams of a life in his home country, but he now lives in secrecy. Taha is reliant an adopted family and on a sports club to survive, trying to find a job that will help him stay back.
Among Baghdad’s territorial tribes, traditions dictate the relations among families and any breach has violent consequences. Taha broke convention and fell in love with a girl from a wealthy family with strong tribal ties. But it is forbidden that she marry an outsider and Taha refused to back down.
Early morning one day a friend of his family’s in the police station tipped them off of a patrol heading to their house. Tribal ties have great influence among policemen. The tribe and the local authority is in practice one a single entity in Baghdad.
Taha fled. The family was told that he was accused of attacking and kidnapping the girl he loves.
The police could now arrest him any time and anywhere. While moving from one relative’s place to another, a friend offered him a solution. He suggested Taha leave Iraq and head for Finland.
In 2014, many Iraqis considered Finland a safe bet for asylum. He began his journey in the winter of 2014. Through turkey, he made his way across eastern Europe and reached Helsinki and applied for asylum at the Pasila police station.
After a couple of days at the temporary reception centre in Helsinki, he was transferred several times to bigger centres in the cities of Vasa, Turku, Rovaniemi and then Espoo, where he received his final decision from Migri.
He had told migration authorities his story, about the vendetta back home, how it had escalated to a police warrant and how he was in danger. But it did not meet the requirements to be granted asylum. The immigration authorities suggested he return to his country and reconcile with the family that had accused him.
The journey had taken him across the country from south to west and then up north back to the south, but the waiting was the hardest - the many months it took for him to receive the decision.
He applied three times, the maximum number, and the answer was the same every time. His situation was made harder as news came from Iraq that his mother had cancer.
With the third denial, he also lost the monthly financial aid given to asylum seekers while their cases are being heard. His lawyer, appointed for him by immigration authorities, told him that he now had two choices.
One, he could return to his country immediately. Two, if he wanted to stay back legally, he would have to apply for a resident permit as an employee, a student or as someone with family ties in Finland.
There was also the legal loophole of starting a new case for asylum presenting new evidence not related to his old case.
He chose none of these. An Iraqi friend told his Finnish guardian about Taha and he was able to find a family willing to offer him help and protection.
He was also lucky to find help at a sports club, being offered a chance to continue his training in wrestling and boxing. They ignored the dangers of his situation and even provided him with the gear he needed. They have also offered their help to find Taha a job if he chooses to apply for asylum once more.
Taha does not wish to reveal too much about the Finnish family supporting him and his benefactors at the sports club for fear of any sanctions against them.
Despite having to stay hidden from the authorities due to the risk of deportation, his confidence is confusing. Isn’t he afraid? His answer is simple, and direct. He says that while he is scared, he has never felt vulnerable.
“I have found respect, understanding and empathy in this country,” he says. “If it is God’s will, so it will be.”
He adds that he blames no one for the rejection of his asylum case. “I share part of the responsibility,” he says. “I made mistakes while presenting my story to immigration authorities during the investigation sessions.”
He adds that he does not think too much about his own country, but there’s a sadness in his voice and his eyes lose its steadiness for a second when talking about his life in Iraq.
He continues to do his best to integrate into Finnish society. He found work for a short time, nurtures his passion for sports and has enrolled in a language course to learn Finnish.
Taha’s situation in Finland is not unique. There are many more hoping to stay back by working in small private companies and shops belonging to immigrants themselves. But with an increase in rejection of asylum requests, these youngsters are now more vulnerable to exploitation.