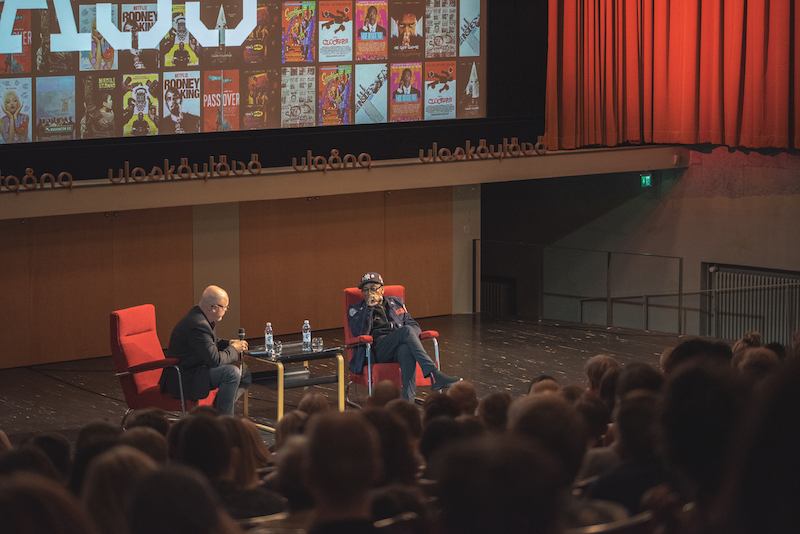 The numbers reveal how the festival’s popularity continues to grow, this year one out of every four screenings was sold out.

The festival brings together films and filmmakers from all over the world. This year’s honorary guest was none other than Spike Lee, who came to present his latest film, BlacKkKlansman. In addition to the screening of his Cannes Grand Prix-winning film, his 1989 film Do the Right Thing was presented in combination with a Masterclass on September 22 at the newly renovated Korjaamo Kino Bio Rex theatre.

Other guests included Australian director Stephan Elliott, known for his film Priscilla: Queen of the Desert, who returned to HIFF to present his latest film Swinging Safari, a satire of Australian suburbia set in the 1970s. Actor Shia La Beouf also featured on this year’s list of guests presenting #TakeMeAnywhere, a documentary produced by art collective La Beouf, Rönkkö and Turner. The film documents the trio’s digital road trip where strangers were invited to pick up the artists from coordinates posted on the project’s website and take them to a location of their choosing. German-French-Iranian director Emily Atef also visited the festival to present her film, 3 Days in Quiberon, a depiction of actress Romy Scheider’s final interview.

The festival also features an industry sidebar, Finnish Film Affair, which presents Finnish films to international buyers and journalists. This year’s winner of the Best Pitch Award, given to works in progress, was Tuffi Films’ One-Off Incident, a project directed by 15 female writers and directors.

To those who missed out on the festival – you still have a chance to catch some of the films featured. Yle will feature a selection of the festival’s films on its channels. In addition to this, the Love & Anarchy Tour will present the festival’s most popular films to selected locations including Turku, Kuopio, Joensuu and Vaasa.