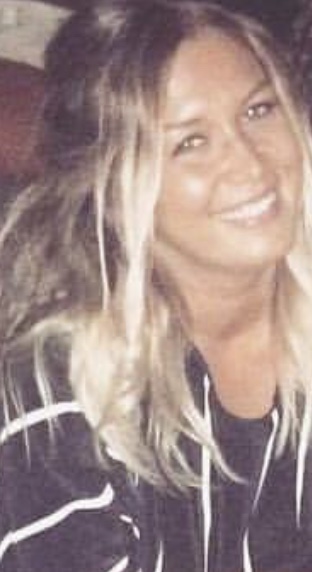 It has been suggested that author J.R.R Tolkien was greatly affected by Finnish mythologies. It was claimed that the “Kalevala”, a 19th-century work of epic poetry, which is regarded as one of the most significant works of Finnish literature, heavily influenced Tolkien. And so he wrote:

“All that is gold does not glitter,

Not all those who wander are lost…”

The author of this piece was born and raised in Helsinki, the capital of Finland. The city, both ethereal and nonchalant, is fairly seldom ventured into.

Helsinki, which is less accessible than trendy Copenhagen or hip Stockholm, is however gradually gaining a gilded reputation for itself. In 2012, the International Council of Societies of Industrial Design named it the World Design Capital and in 2011 the Monocle Magazine ranked Helsinki the most livable city in the world. Whilst they city itself may not fulfill a fantasy of divine debauchery, it may provide tourists an insight into a particular way of life. I speak of a seemingly infallible way of life, which could only be described as “Nordic”.

The author has omitted the fact that though born and raised in Finland, only one parent is of Finnish blood. A decision was made, far before the inception of yours truly, that would impact the way I was to be viewed by society and, in particular, ethnic Finns. No amount of disentanglement or emancipation could change my birth name, which would forever indicate to other Finns that I am of foreign descent. I was told I looked exotic. This was not what I wished to hear during my adolescent years. A far cry from the blonde and blue-eyed person I was attempting to emulate. And so I turned to peroxide, and though I hate to admit it, even contacts for a while. However, much to my dismay, people abroad would not believe I was Finnish.  I don’t know whether it was internal of external factors that instigated the struggle within. But I do know that for the longest amount of time, I wished nothing more than to look like a member of the society I was born into.

I could blame inertia or ageing. I could even blame the potentially irreversible damage caused to my hair by bleaching chemicals. I could blame myself. Regardless of how and why, I have come to realize that I would never want to indicate that I am not of foreign descent. At some point, I simply refused to succumb to the inferiority complex and embraced myself. Total assimilation, at the cost of my own identity and heritage, lost its appeal.

Each corner of the world has its share of people that encourage and perpetuate xenophobia and racism. My city in the north is no different. However I, with the majority of Finns, advocate for a potpourri of a country that openly champions diversity.

The 2015 Finnish parliamentary election was held in April and determined who would occupy the 200-seat parliament. The Finns Party scored 17.7 percent of the vote in Finland’s election. The populist party became the second biggest party in the Finnish parliament and subsequently joined the country’s governing coalition. The party is notorious for it’s infamously strong anti-immigration stance.

A blog post on MigrantTales discussed the political victory of the Finns party and scrutinized how the party “bases its newly acquired power on its anti-immigration message and strengthening “us” against “them.” The blog also reviewed a study (which received a great deal of criticism due to its methodology), which concluded that immigration costs Finland 700 million euros. The blog wrote the following “it didn’t matter if the study had a lot of methodological holes because its main aim was to send a clear message to its voters: We don’t want migrants unless they’re white.”

A study by the Organisation for Economic Co-operation and Development (OECD) showed that immigration boosted the Finnish economy by 0.16% in 2011 including pensions. The study however also assessed the level of discrimination across countries and found its extent much higher than previously thought. It stated, “generally, a person with an immigrant-sounding name, for example, has to send at least twice as many applications to get a job interview than one with a non-immigrant name.” Perhaps my adolescent angst, particularly about my name, was not entirely conjectural.

It seems Tolkien had the gift of foresight. All that is gold does not glitter.

Jagoda, a Helsinki native, has worked for Finland’s Ministry for Foreign Affairs and UN agencies such as the United Nations Development Programme (UNDP) and the United Nations Office of the High Commissioner for Human Rights (UN OHCHR). Her international professional path has led her to Kosovo, the Occupied Palestinian Territories, South-Africa, Jordan, Poland and Thailand. Jagoda pursued her academic interests in London and graduated from the School of Oriental and African Studies (SOAS) with a MA in International Law. She has previously contributed to student and online publications in a journalistic capacity.