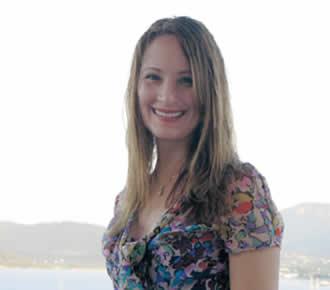 Every place you leave becomes a memory. Even if you return to visit, in your mind it's as it was when you left, slowly fading until only the structure, the broadest outline, remains. The longer you're gone, the more your mind fills the spaces with dreams, until they too become memories and fade.

It takes time to get there: it's been 2 years since I came to Helsinki, and while I have already forgotten my confusion at street names and have no memory whatsoever of The Time Before I Owned Rain Boots, in my mind the structure of it is still forming. There are stages of adjustment to a new place – from loving all the new to hating just about everything – but feeling settled can take a while. Some stubbornly cling to the place they used to call home.

That was me for a while. I consider New York City my adopted hometown. You fight your way into NYC. It isn't easy. It isn't cheap. It isn't particularly friendly, at least until you're used to a four-letter word as part of a compliment. So when I got to Helsinki, I was suspicious at how easy it was (aside from the street names). People were friendly. And nice. Curious about what I thought of Finland.

Aside from the coffee and the cost of living, Helsinki and New York don't have much in common; but I was born in the US Midwest, which was heavily influenced by Nordic immigrants, so as foreign as it was, parts of Finnish life seemed familiar.

Still, I missed New York. I visited last year and I went to my old coffee cart, still in the same place. Although it was 2013, my mind insisted that it was 2007 and I had never left. He looked at me with a glimmer of recognition, silently reaching for the same size cup and pouring the same type of coffee I always got. Same corner, same guy, same coffee: this was my turf. I belonged.

Or I did, for as cities change, bit-by-bit, day-by-day, so slowly that they always seem the same; when you close your eyes for 6 years, even if everything looks the same when you open them, it isn't. The slang is almost imperceptibly different; there are references to a TV show I've never seen.

To the coffee guy, maybe I moved to a different neighborhood; he wouldn't guess from my appearance that I haven't even been in the country. It wasn't until I opened my mouth that he twigged that there was something different. It was something I said, I'm sure. He lumped me with the faceless mass of tourists who got lost on their way from Times Square, pushed my change across the counter and turned away.

It's better than the truth, which is that I was the person that he recognized – but not a person, so much as an apparition from 7 years ago. In my mind, this was home. It was the place I saw when I dreamed of my childhood, long after I left it, and now I am the same as the gaggle of tourists with M&M Store bags.

So I get back on the plane to Finland – where I have a new coffee guy, who knows my name and smiles when he sees me – watching the Manhattan skyline far in the distance, just another set of twinkling lights set against the fading sun. I'm leaving the ghost behind to return to a place where I'm real, and that is itself changing, bit-by-bit, day-by-day.