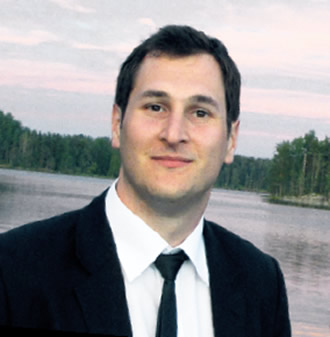 A man's face was planted in the pavement, his butt stuck straight up in the air. His buddy called out to him in between sips of vodka. "Janne... Janne..."

Janne didn't move. He was fine, but fast asleep.

This was my first day in Finland. I'd moved to Helsinki for a girl in late August and had spent only a handful of hours in the country. Most of them were in our new neighborhood, Kallio. On that first afternoon she took me for a walk around our home on Vaasankatu. That's where we ran into Janne and his friend.

I learned later that Laura, my girlfriend, was nervous about my reaction. She wasn't entirely sure if I'd turn around and go back home.

In Kallio, you may see some sketchiness, but it's usually harmless shenanigans. From the guys at the Sörnäinen metro, to the ones who had too many beers at Roskapankki [a bar], nobody wants to mess with you. They just want to get drunk.

The rest of the time it's a normal Finnish existence. There's a stunning mix of people that call Kallio home and that's part of what makes it tick. Pensioners, professors, students, hippies, and hobos. This makes it a great gateway into Finland for the first time. The liberal drinking that takes place in the area gets Finns chatting. The men are not an especially talkative bunch, but give them a couple beers and stand back! It makes for a comfortable environment to learn about Hesburger, Alvar Aalto, and Jari Litmanen for the first time.

Like clockwork, if I revealed I was a Canadian the conversation would immediately switch to hockey. I'd never been to another country that was as hockey-mad as Canada. It made for a very natural transition. For a Canadian, talking about hockey is as effortless as breathing.

While the area around Kallio is a little beaten down, there is no shortage of beautiful places nearby. A quick walk to Linnanmäki is divine, especially when the Ferris wheel lights up through the fall foliage or reflects off fresh snow. Töölönlahti and Tokoinranta aren't too far away either. From there you can walk to nearly anywhere in the city. The best part is, wherever you go, the Kallion kirkko is a great compass to get you home.

I've since moved to Amsterdam but Kallio still connects me to Finnish culture. I'll see the Kallio S-Market in an Aki Kaurismäki movie, while Kati Outinen doles out soup. Or I'll hear Laineen Kasperi write songs about it. All of it fills me with fond memories of many cold days without much sunlight.

That neighborhood is still one of the first places I go whenever I return to Helsinki on holiday. It's changing slowly. A few of the massage parlors are being replaced with clothing stores or cafés and the general level of sketchiness is dwindling. In spite of the changes, it's not uncommon to see a drunk Janne or two, sipping vodka straight from the bottle and intimidating other newly-arrived expats.