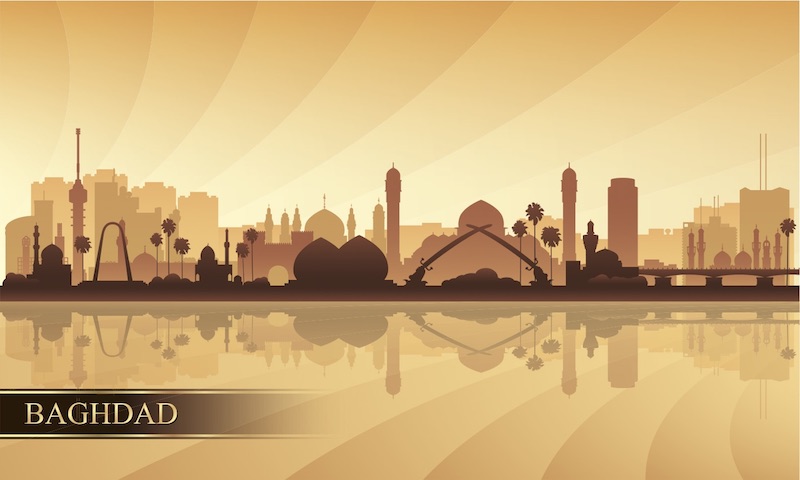 Why did you leave Iraq?

Leaving Iraq was not an easy decision. Things were bad and it deteriorated to the point that it was only a matter of time before I was kidnapped or killed. When two members of my family were murdered in front of their houses, I realised the threat was serious. I had been trying to convince myself with illusions of security.

Who were you under threat?

Everything began after 2003 when the Americans invaded Iraq. When major combat operations finished, and their army seized control over the country, a new governing authority was established - led by the chief of the ‘Coalition Provisional Authority’, Paul Bremer.

Soon the representatives of American companies came to Iraq for reconstruction programmes. They were in need of local labour force to implement thousands of infrastructure projects and my family managed to get work as subcontractors. We were living in Mosul at that time. Everything went well at the beginning. We had a reputation in the construction sector.

There were threats because of insurgent operations against American troops, but we did not pay much attention to it. But soon there was an influx of radical foreign groups related to Al Qaeda who took control of my city. Their operations expanded and they threatened the lives of Iraqis who worked with the Americans. They were direct - they warned those targeted to stop working with Americans or face death.

Our turn came as well and my family was warned.

So we left the city to the capital, Baghdad. We settled in one of its neighbourhoods. We planned on starting a business. But soon discovered that our names were in different death list, a threat based on our ethnic background.

Why did you come to Finland?

There were discussions, almost daily, on Facebook about seeking asylum in Europe. Many recommended Finland as a safe place for asylum seekers. I started my journey from Iraq through Turkey and the Balkan to Finland. I reached Turku on August 20, 2015 and applied for asylum. I spent six months there in a reception centre and was then transferred to a suburb near the city of Pori. I was sharing a room with three other asylum seekers. In June 2016, I received a negative decision from Migri.

Was the decision unexpected?

It was a shock. The essential point of the decision was that Baghdad was still safe despite high risk indicators in some of its areas. But I have to admit that I had a feeling that I did not present my case well. I was also not sure the translator comprehended me well because Arabic has many dialects. (The difference is especially noticeable) between Eastern Arabic countries and North African countries.

What was the next step?

I decided to appeal the decision. I realised my mistakes and the weak points of my case. I managed to contact my family to get more documents and reports to back up my story of my relatives being murdered. I provided these to the authorities in the hope of presenting a solid case this time.

They asked me more questions about my case. The interview lasted several hours and I was under stress. This time they brought an Iraqi translator who was either not cooperative deliberately or unable to deal with such detailed information. When we reviewed my statement after finishing the interrogation, I noticed that he had skipped many of my answers.

Why you did not request for another translator?

Frankly, I was exhausted and was not willing to go for a third round. And I thought that I did very well this time.

The decision was negative again. What did you do then?

I had a short time to apply for a new appeal or would otherwise be deported. At that stage I decided to stop and return to Iraq voluntarily. I concluded that it was not related to the credibility of my case. Finland wanted to reduce the number of asylum seekers.

Did anyone force you to take this decision?

Many circumstances urged me to return. When I left Iraq, my wife was pregnant and we had planned to be together before delivering the baby. But my wife delivered a baby girl during my stay in Finland, while waiting for an end to my situation. She had to move from place to place with our baby. My daughter was growing up without me. I too fell sick for several months during the asylum process. Thus I decided to return.

What did you need to return?

I had to visit the Iraqi embassy in Helsinki to get a temporary passport (laissez-passer) because I did not have a regular one. After that I went to the International Organisation of Migration (IOM) office in Helsinki to register myself in the voluntary programme to claim a travel ticket.

Can you describe your journey back to Iraq?

I went to the Helsinki-Vantaa airport with my travel documents and the ticket. I was flying to Baghdad via Istanbul. We were 18 youngsters with three families.

I also saw three Finnish police officers escorting a young Iraqi man who seemingly was being deported. He did not have any luggage and was wearing a uniform similar to those who work in restaurants. I assumed he was taken by force from the place he worked. He was arguing with the police officers in Finnish. He was telling them that he was not a criminal to be treated in such a manner.

We arrived in Istanbul at night and someone from the IOM was waiting in the transit area. He brought us food and water while waited for our flight to Baghdad.

Did you feel afraid of returning to Iraq?

Certainly. I was afraid of what to expect in Baghdad. The airplane landed at Baghdad airport around 9 in the morning. In the transit lobby there were many security staff wearing formal suits. I knew they belonged to the secret security agencies. They took our travel documents and  interrogated us one by one. They asked for our address and why we left Iraq.

The young man who was deported was still addressing the Finnish police who had escorted him all the way to Baghdad, handing his travel documents to the security authorities at the Baghdad airport. He kept saying that he did not belong there anymore, that his country was now Finland, that his job, his friends and his new life was in Finland.

An office coordinating arrangements between the IOM and the Ministry of Migration of Iraq offered us a compensation of 1500 euros from Finnish authorities to startup in Iraq.

What are you doing now?

When I left Baghdad, I was a third-year student in the university. Surprisingly I managed to reopen my student file. I graduated a couple of months ago. But finding a job in Iraq is another issue, it is very difficult and I take up temporary jobs.

I am still afraid of everything around me. I take a lot of precautions before leaving my house everyday and live with a close circle of people I can trust. I still think of Finland, which cannot be forgotten for the rest of my life.