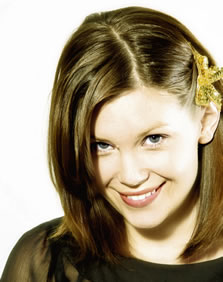 For our readers who aren’t familiar with the band, could you briefly summarise Kemopetrol’s sound and musical direction and influences? Kemopetrol’s sound is a combination of electronic music and real instruments. Although we use a lot of computer programming in the studio, we are still a real band with real instruments. Our influences on the first two albums were mostly 90s trip-hop bands such as Massive Attack and Portishead. The third album Play For Me has a softer and more organic sound to it. Teleport has a more ‘glittery’ 80s disco sound. The next album is going to be much darker and more electronic.

Kemopetrol is one of Finland’s most successful bands, both amongst critics and the public. How do you account for your success?

This is a tough one! We were one of the first Finnish electronic bands that got airplay time on the radio. I guess our sound was something new and fresh at that time. And one thing I am especially proud of is that we’ve always tried to make good pop songs with strong melodies. That’s probably something the audience appreciates.

In Kemopetrol you sing in English. Why did you choose this language instead of Finnish?

Our keyboard player Kalle Koivisto writes all our songs, both lyrics and melody. When growing up, he almost never listened to Finnish music, so he just naturally started to write songs in English. So we never even discussed the possibility of singing in Finnish. On the other hand, my solo album is going to be in Finnish. I really enjoy singing in my native language for a change. It’s nice to not have to concentrate on the pronunciation. Also I’m writing some of the lyrics myself, and my English is not so good that I would feel comfortable writing in that language.

Does your solo music differ in style from the music you make with Kemopetrol? In general, who do you consider to be the most influential, musically speaking, for you?

It’s probably going to be much more mellow and organic. The songs are based more on my vocals than for example beats and bass lines. I have taken influences from artists like Suzanne Vega, The Cardigans, Anna Järvinen, Emiliana Torrini and Dido.

Your media image seems to be rather a ‘girl-next-door’ image. I hope I don’t offend you when I say that! Would you mind telling us a little about what you like to do outside the music industry?

No, I’m not at all offended! Actually it’s probably one of the things that keeps me out of trouble with the press. I try to avoid going to these so-called celebrity parties and giving out meaningless interviews. I really don’t like being in the papers that much. And I guess I am a relatively “good girl”. My hobbies include knitting (!), cooking and reading. I see my family every week, and I’m really close to my sisters and parents. Sounds a bit boring, doesn’t it?

Sounds quite normal rather than boring! As we all know, the world seems to be in a rather terrible situation at the moment, with financial crises, wars and so on. Do you consider that your music has any particular role to play in the world when it comes to, for example, supporting certain political ideas or changing attitudes?

We are by no means a political band. Both Kemopetrol and I mostly sing about every day life, things like relationships and friendship. I think it’s great that some bands include politics in their lyrics, but that’s just not our thing. We’ve done some charity shows, like played in anti-drug events, and we are happy to do more of them in the future. I think musicians can help raise money and awareness, but I think the most important thing music has to offer is making people happy, even if it is just for a couple of minutes. Pop music probably can’t save or change anybody’s life but at least it can bring great comfort to a lot of people.

Talking about superficial, TV shows like Pop Idol and Choir Wars are extremely popular. As someone who started their music career the ‘traditional’ way, how do you feel about the success of these kinds of shows?

I try not to take these shows too seriously. I see them as entertainment. Most of the people who succeed in Pop Idol, for example, are really talented and have been practising their skills for many years. It’s a tough business and you do not succeed without talent and hard work. Of course it may seem that they are getting a free ticket to fame and fortune, but they may also be forgotten pretty easily. So I really do not envy them.