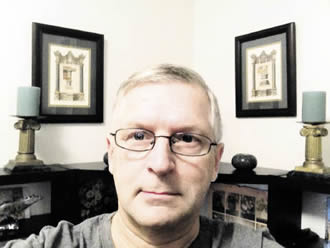 A recent survey, done in Scandinavia on our fellow Scandinavians, was not so flattering towards the Finns. We were the least desirable company to travel in. Is it perhaps mainly due to the reputation of - or actual experiences with the heavy drinking associated with the Finns? It appears to me at least that the drinking culture here has been changing for the better throughout the years. The drunkards are less visible in public places. Then, of course, there are the ferries to and from Tallinn. So many intoxicated people, mostly young.

Their private behavior in public is not the prettiest sight, which seems to continue on the trams off the port terminal. The huge loads of alcoholic beverages people bring back are simply head-spinning.

The revenue source that the Finnish state is losing is hard to comprehend. Finns, not being such good and pleasant company, according to this survey? Are we indeed too shy, reserved, and closed-in with infamous low self-esteem issues ? I actually like the quietness on public transportation. Private in public, in a nice way.

Well, perhaps an "Excuse me" and a "Thank you" would be nice here and there.

What about a smile? Asking for a happy facial expression would be an intrusion on another person's personal life. Many Finns feel that Americans are artificially perky, positive, easy-going - and so very pleasant. They in turn must find us genuinely down in the dumps. I believe that overall we can be good and enjoyable company. There is that somewhat snobbish-sounding word in Finnish, "Yleissivistys."

In English, it means 'common knowledge', or as I prefer, 'general Knowledge', since for instance, common sense is not very common. Anyway, this complex and multifaceted Finnish word needs to be explained in several words such as well-versed, well-informed, well-educated, worldly, articulate, sophisticated, not a country bumpkin. The general basis for an intelligent and informed conversation. In Finland, we all watch the world news and are up-to-the-minute on all world events. An average Finn is more knowledgeable about world affairs than an average American, I dare say. I remember a newspaper in Miami, Florida, where the headline was about an elderly lady who had fallen off a golf cart, followed by the shootings and the robberies of course.

Another survey/rating done just the other day listed Top Restaurants in the World. As many as six Michelin 1-star restaurants are located right here in Helsinki. Who can afford to eat out in Helsinki if it comes out of your own pocket? The food prices in the cartel stores seem unreasonably high. Well, the Lidl stores help a lot. Personally, I have scaled down the scope and style of dinner parties at home so that the cost does not take the fun out of it. Then again, it is of course always the company that is the most important ingredient. New York City still has several top restaurants listed. One of the top 10 is called Per Se. I remember having walked by it in Manhattan's Upper East side and as a Finn, I could not help but be entertained by its name. True, the name is two separate words, making it sound so much more appetizing. A big Ferris Wheel will be coming to the South Harbor soon. It is expected to be a real Wheel of Fortune for the City, bringing native and tourist crowds to the area.

London has one called The London Eye. Do we have a name for it yet? Perhaps another organic name, "The Heart of Helsinki"? Hopefully we will get the Guggenheim right across the bay as a good cultural counter-weight? What's in the name? Nothing, per se. Other than that it could translate into something quite funny in another language. The names change, too through the times and the events. The Kremlin and the surrounding area are now also known as The Napoleon Complex.

P.S. Just in case you are wondering about the lady who fell of the golf cart, she is just fine. Dusting herself and laughing it off...