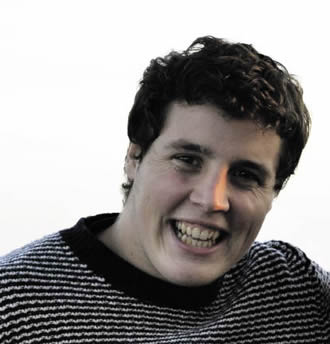 Since I arrived in Finland six months ago, I've been asked the same two questions over and over: "Why did you choose Helsinki?" and "What do you think of Finland?"

Until I read 'University of Helsinki' on the list of possible Erasmus placements, rather embarrassingly for a geography student, I could barely place it on a map. With a culture and language largely unknown to a humble British student, it was the option that stood out from the list; that and the fact that the teaching is in English answer the first question. The response to the second question is one that requires a little more thought.

Prior to taking the plunge into Finland, friends told me to expect not only cold weather, but also cold people. "No one will smile, no one will talk to you"; that sort of thing. And I can see why tourists might get that idea from some of the city's shop attendants and wonderfully unhelpful bus drivers. However, in my experience I have found the complete opposite, and whilst some Finns take a little time to break down, once they open up, they are kind, thoughtful, and surprisingly funny (as long as you like your humor as dry as a sauna).

One thing that has struck me over the past few months is this country's unending beauty. Even a few kilometers from the city center, you can be totally immersed in nature, and driving north through the trees you meet a deafening silence that is hard to find elsewhere. Matching that beauty is a wonderful madness that is probably only natural when you spend so long in the cold and dark!

As a Brit it seems only appropriate to mention the weather, and landing in Helsinki in September, suitcases bursting with the warmest of winter jackets, I far from expected to be sunbathing on Hietaniemi beach a few days later. Since then, however, the weather has for the most part been underwhelmingly grey and miserable (or British, as most describe it), although I've noticed the transition of the seasons much more vividly than anywhere else I've ever lived. Despite the fact that winter has been spectacularly short this year, January brought out true beauty in Helsinki and I have found it endlessly fascinating to migrate my jogging route onto the frozen Vantaa river from alongside it!

Experiencing Finland's world famous education system has also been a real privilege. The flexibility within the University here is wonderful, and the lack of pressure allows students to flourish at their own pace, not one dictated by a government committee. That said, taking 7 years to complete a bachelors degree, as some Finns do, seems to me a little over the top and perhaps a little more effort could be made within the system to encourage students to graduate before the grey hairs start appearing!

Admittedly, Finland is no utopia; there are drinking and gambling problems that are plain to see and some of the 'marvelous' architecture has failed to impress me. However, I've loved living in Helsinki thus far, and I'm confident that the cold winters and warm people will keep me returning for many years to come.