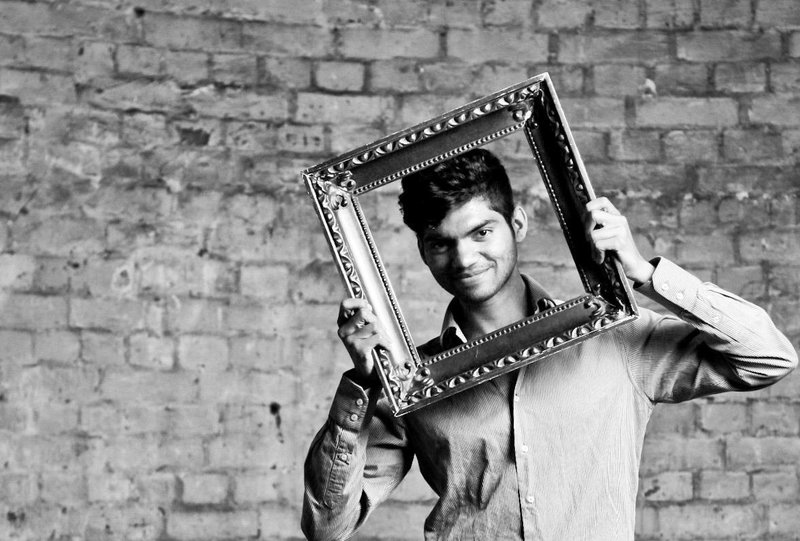 Siddhesh Krishnan, an Indian national who now lives in Italy, narrates his tales of Finland based on his experience as a student at Aalto University of Technology and experiencing life in the Helsinki – Espoo metropolitan region in the year 2011- 1013. He has interacted mainly with Finns of the age group 18 – 35. He tried learning Finnish but discontinued it noting that Finns aren't very talkative. Plus they seemed a lot friendlier when they speak English.

When I told my friends in Italy that I was going to spend a year in Finland as an exchange student, some were convinced that I was diving into a black hole of depression. The Finns themselves are perplexed at the thought of anyone from abroad coming to study at a place where the sun doesn't shine for 7 months. I remember evidently; it was 02:00 and I took the bus from Helsinki city center to head back to the Espoo school campus.

A harmless drunk Finn mustered the courage to ask me the question, "What are you doing in this boring country Finland?" Boring? I have had the most transformative experience of my life in Finland. Yes, Finland is known equally well for their high quality education and health care system. The work-life balance is phenomenal. Helsinki is recognized as Europe's hottest startup capital. At birth, Finnish babies enjoy a supply of goodies provided by the government. But beneath these well-orchestrated systems, there are five aspects I find myself reminiscing about:

1. The distinctive nature of the climate
Sure the temperature dips to -30 Celsius. You are dressed in layers for 9 months of the year. In Finland, the weather is always a 'hot' topic to start a conversation with anyone. The distinct climate has such an overwhelming impact that you tend to forget what the previous seasons felt like. During sunny days in Mumbai, people step out with umbrellas or wide-brimmed hats to protect themselves from the harmful ultraviolet rays of the sun (honestly, they are more worried about going a skin shade darker, but that is another topic). In Finland, when the sun shines (it shines for 20 hours a day during the summer), you better soak up the sun to stock some Vitamin D. Ironically, my friends were surprised to see me tanner than ever. Would it amaze you that I haven't worn sunglasses in 4 years?
2. Equality everywhere
In Finland, you live your life based on your values, provided they are morally right and you have put careful thought into it. There is a colloquial saying that, "In Finland, if you are born poor it is not your fault, but if you die poor, it is your fault." Finland ranks extremely high in the human rights index. There is power in 5 million people as demonstrated by the citizen's initiative campaign "Tahdon" to legalize same-sex marriage in Finland. The equality penetrates even within the sauna where nudity and your career title is not of concern.
3. Modesty & honesty are the best policies
When Sauli Niinistö won the presidential elections in 2012, the very next day a picture was posted on Facebook showing the newly crowned president shoveling snow from his car. The Finns aren't loud in their personality, neither are they grandiose. For example, at the very first exchange party I attended I met my friend's tutor, who is Finnish. On first impression, she seemed like any other girl. What I would learn about her from my friend is something that would never cross my mind; she was a world champion ice skater who recently quit her passion to continue her studies. Finns come across as reserved and reticent on the surface. That's because they believe in listening more than speaking as there is something of value to learn. Indeed, they are excellent listeners. I can guarantee you that most of my Finnish friends still remember the intricate details of my life. Honesty is the most valued principle of this nation. Break it and you are scarred for life.
4. Power of sisu
Regardless of the weather or time, the Finnish people are religiously devoted to their fitness (thank you, sisu). Have a look at their politicians and you will be inspired to run an ultramarathon. Finnish people are independent by nature and feel uncomfortable displaying their emotions; especially the men typically initiate a conversation after chugging down four pints of beer.
5. Punctuality is the key to success
There is a saying in Japan that, "In order to be on time, you have to arrive 15 minutes early." The same belief exists in Finland. Arriving on time is seen as a necessity and a respectable act. The first time I took a bus in Espoo, my jaw dropped down when the bus actually came at 15:17 as promised in the public transport timetable. Back in Mumbai, I am quite satisfied if the bus arrives 15 minutes late. I consider it my lucky day if I get a seat on the bus.
If you get the opportunity to live in Finland, even for a short while, consider it a lottery win. Don't let the cold, dark winter stop you from exploring the gem of the planet.