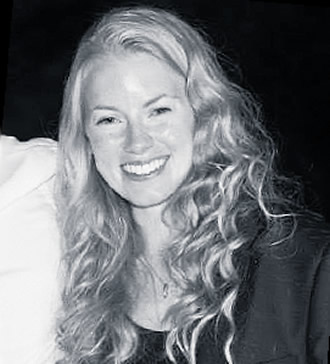 My experience in Finland took place under a heavily internationalist guise. However, due to the Finnish traditionalism of my name – Suvi Kristiina Joensuu – and physical traits of blonde hair and blue eyes, my mother tongue of English and my background growing up in the United States came as a surprise to many. Politically-speaking, my experience in Finland has been defined by egalitarian opportunities. None of my education before university cost me a penny, and I was always provided with a hearty school meal and public transport subsidy. After graduating from upper secondary school, I was presented with the enviable option of studying at Cambridge (UK) or Yale (USA). I chose Cambridge and have since received excellent student support from the government of Finland. I have concluded that Finns have much to be grateful for in terms of the opportunities offered by the Nordic welfare state model.

While clearly recognizing the benefits of having citizenship status in Finland, another political perspective that I find interesting is that of the increasing effects of globalization in this country. Finland appears to be encountering gradual change, which far departs from the Alajärvi small-town typology that I encountered on the several childhood transatlantic trips from the USA to visit my dad's relatives. For instance, reports such as the joint report Piilotettu Osaaminen [Hidden Expertise] by Demos Helsinki and CIMO argue that a skill of increasing importance to Finnish employers is that of so-called 'international expertise'. On an individual day-to-day level, faced with some of the most expensive food in the world, Finns are increasingly open-minded towards supporting, for instance, the German grocery store Lidl. Many of my friends have gone on cultural exchanges and returned bewildered by the reality of the harsh climate of Finland – you don't identify the dark until you've seen the light. Similarly, I have heard mixed opinions regarding Finnish driving license regulation. While the restrictions importantly go far to guarantee that an individual can properly master the road before getting behind the wheel, as an American who received her drivers license through a notably non-comprehensive driving test and a 25-buck fee, I find that the Finnish government has a unsettling tendency to make more law and restriction whenever and wherever it can.

Ultimately, I have found through my experience in Finland, that this is arguably one of the best-constructed nations in the world, and offers great opportunity for anybody who is willing to work for it. However, this decade is an exciting time to be living here, because this stoic system is facing pressure for change. Some of these changes might be considered an example of increased freedoms and of a lesser willingness on the part of citizens to have their lives predefined by the (occasional) tyranny of Republican law. Finally, there is a 'whole world out there' which Finns are an increasingly important part of.