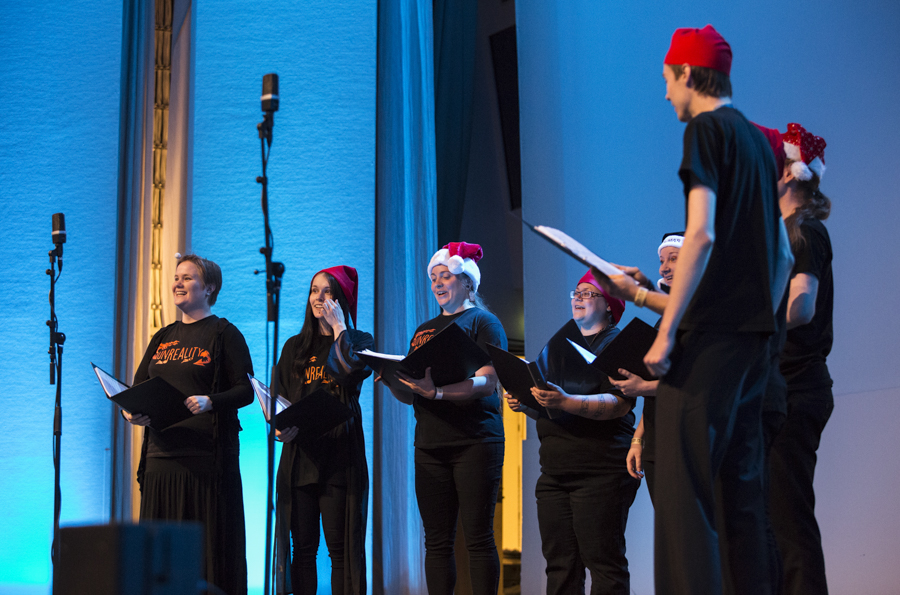 The convention took place from August 9th until August 13th, spanning not only Messukeskus and the surrounding facilities, but the Pasila Library as well. Upon entry, one had the option to register or check-in, allowing for the earlier registrants to skip the queue (and there were a lot of early registrants). The doors opened and the bright and cheerful hours of 09:00 on Wednesday, with the sun shining overhead to welcome visitors from all over the world - an unusual greeting from this lovely country, no?

Considering WorldCon is a vast and fascinating event, we’d like to walk you around some of the event areas:

The Opening Ceremonies
Taking place at the surprisingly late hour of 15:00 on Wednesday, convention-goers had the opportunity to browse Messukeskus and perhaps check out a few panels before the event officially began. The opening ceremonies took place in Room 101a&b, and in spite of being a rather large hall, still had to kick a few attendees out since it was overly full.

For those who were able to enter, they were treated to toastmistress Karen Lord reading some translated Finnish poems about the seasons (and midsummer). There was dancing, though it would be a lie to suggest that it was anything beyond an amateur level - the choreography was basic at best and the execution was nothing to write home about. The acapella choir, Savosphere, offered at least a professionally-executed performance, sounding very nice, and the Finnish WorldCon chairman appeared on stage in a sort of troll costume, before introducing the guests of honor: John-Henri Holmberg, Nalo Hopkinson, Johanna Sinisalo, Walter Jon Williams, Ian Stewart (guest of honor: science), Guff winner Donna Maree Hanson, and Taff winner John Purcell. Sadly, Claire Wendling had to cancel due to illness.

All in all, it was a nice enough introduction to the convention, if a bit lackluster. The chairman in particular expressed his gratitude and pride at having his hometown host this event, and profusely thanked everyone for attending.

You can watch the opening ceremonies here: 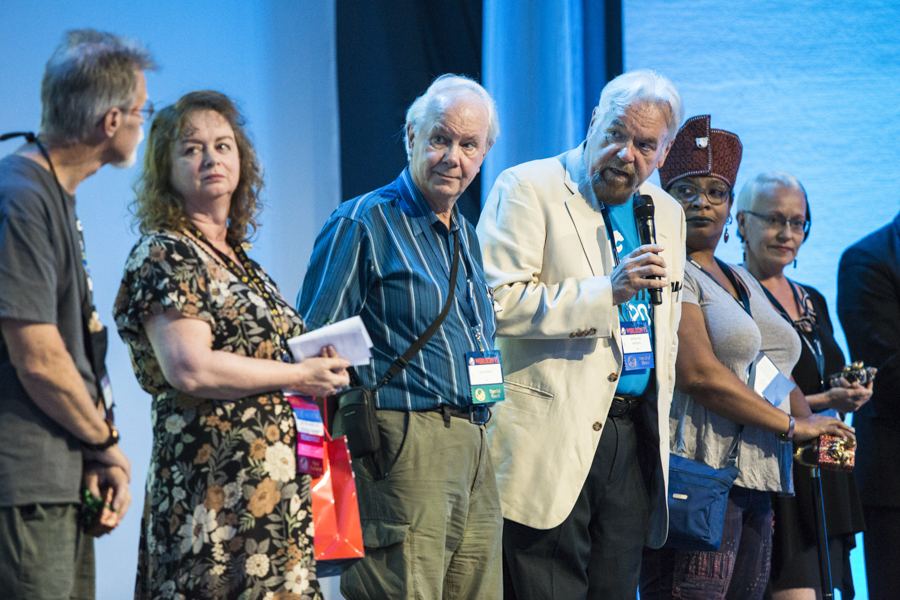 Panels & Events
One of the biggest draws to the convention were the panels and events offered by authors, academics, artists, scientists, and more. Held in the larger main-and-lower-level halls, or the smaller upper-level rooms, nearly every guest on the list participated in at least one panel over the course of the weekend. Whether it was an academic discussing tragedy in Scott Lynch’s Gentleman Bastards series, or learning about rules of enchantment from some of the best world-builders, there was truly something for everyone.

One problem with these panels, however, was that the rooms were often far too small to host the magnitude of attendees with a desire to participate. The local security guards often had to kick dozens of people out of the room in question, as standing observers were not allowed and the seating was minimal. Big names like Elizabeth Bear and Robin Hobb can certainly bring in a crowd, yet perhaps up to half of the interested parties were unable to listen in on the discussions, even from the hallways, due to the Finnish fire code regulations on room capacity.

We did hear from one author that the organizers were rather astounded at how many people ended up signing up for the convention. It was suggested that it’s uncommon for first-time hosts to have a big turn-out, so the 6,100 pre-registered names had shocked many people.

The Signings
Perhaps our pick for best part of the weekend, the signing booths were a clearly underappreciated part of the convention. While a few names like George R.R. Martin, Scott Lynch, Robert Silverberg, Robin Hobb, and Joe Abercrombie had rather lengthy lines for the better part of their hours (Hobb’s line, in the end, was nearly as long as Martin’s, and security was clearly unprepared for so many people), most authors were willing to sign at least a few items for you (three if they were not George R.R. Martin, and likely more if they didn’t have an extremely long line). The best (or worst?) part though, was that the lines cleared out rather rapidly, so it was quite possible to go have a conversation with nearly all of them, be it about world-building with Jo Walton, or asking either new or established authors like Russell Smith or Auston Habershaw to tell you about their books, and perhaps even sell you one on the spot. Seeing as how many of the lines were more or less empty after 45 minutes, it was clear that this was a sadly underrated part of the event and the guests were missing out on some fun.

The Art Room
Whether you wanted to bid on originals or purchase prints, the art room had something for everyone. We mentioned already that Claire Wendling hadn’t been able to attend due to illness, but her artwork remained on display, and was one of our favorite displays no less, with its Asian influence and beautiful execution. Unfortunately, we were forbidden from taken photos, but here were a few other artists that stood out to us:

The Trade Room
Perhaps the most under-prepared part of the entire convention, the Trade Room is meant to be the place where attendees frolic and spend money. Situated next to the signing booths, it was an excellent place to find people in costume, though the number and selection of vendors was shockingly small. Perhaps the worst part about the entire week was that there were no vendors selling books from most of the authors at the signings. I, for one, would have gladly spent money buying books from Elizabeth Bear and Jo Walton to get signed, but there was simply no option to do so. I did hear that there was some import trouble for the convention, but surely that doesn’t excuse the fact that there was only one full-fledged bookstore present in the whole of Messukeskus (and not exactly the best bookstore in town either). 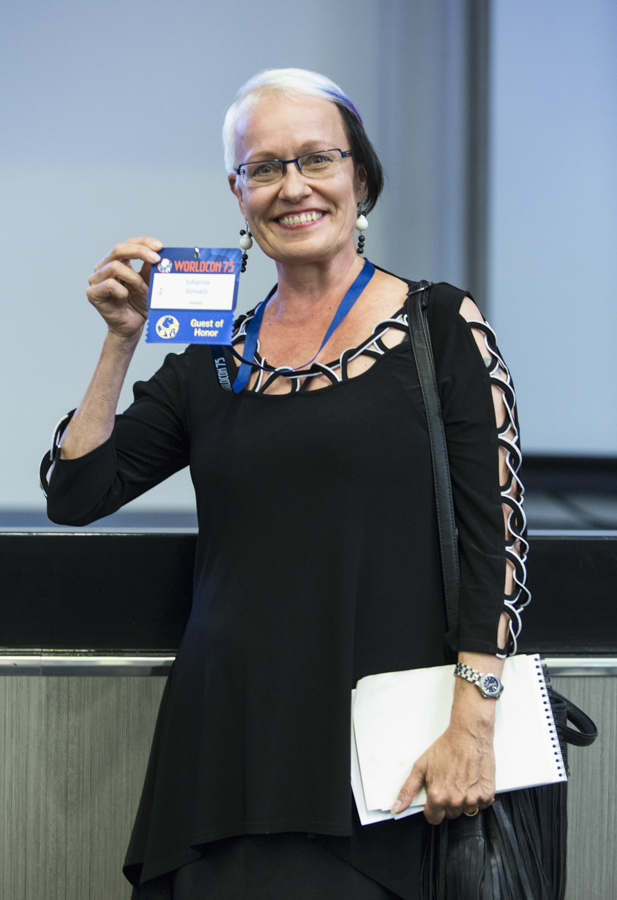 If you had some time to kill or wanted to do something with friends, new and old - and we could imagine that being commonplace here, as many attendees come from all over the world every year - one had the option to book a table at in the gaming area and reserve a board game or tabletop game of some sort. It seemed a popular place, as the tables filled up for the better part of each day. 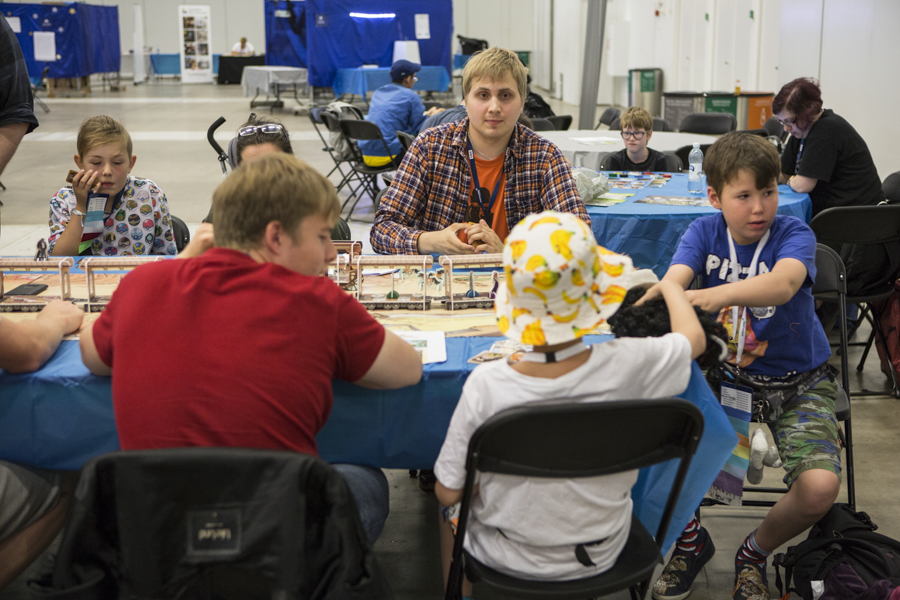 The trade room did boast a nice used book table, though it was more of a place to browse, since there was no rhyme or reason to the book order. One could find board games and newly released books, though frankly, the options for non-Finnish-speaking attendees were also rather disappointing. There were plenty of opportunities to buy souvenirs and memorabilia, and if you happened to be a big fan of a popular series (like Game of Thrones or Harry Potter), there was surely something of interest to browse. There were even a few stalls with fantasy or steampunk -themed handicrafts, if one were so inclined. 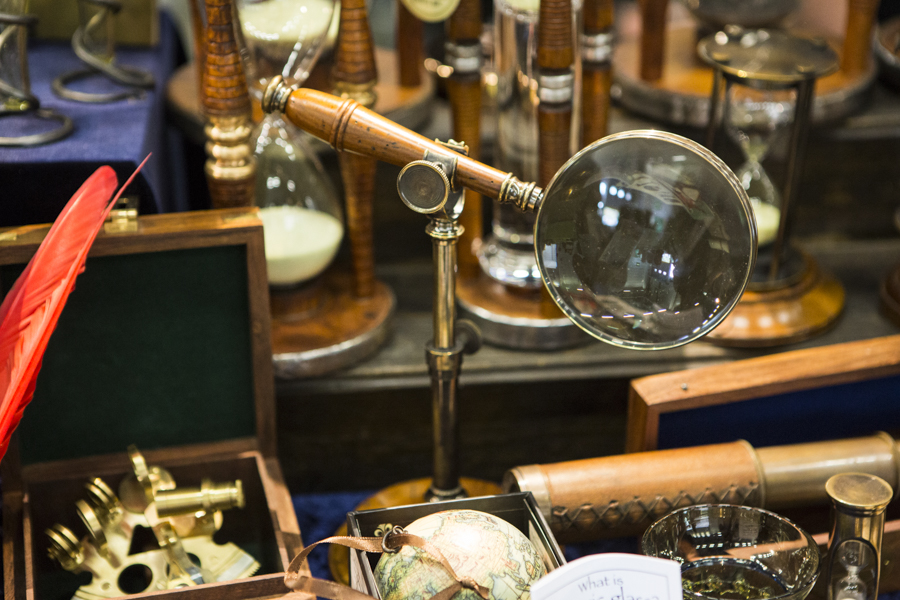 The Courtyard
Every morning, a team of strangely-attired steampunk blacksmiths opened shop in the Messukeskus courtyard, giving lessons in blacksmithing basics and peddling their wares. These guys had a great selection of trinkets and souvenirs, and were a perfect place to pick up a bit of new information, if one was so inclined.

As well, the courtyard also offered a “Stroll with Stars” with either Walter Jon Williams, Edward James, Scott Edelmann, Lawrence M. Schoen, or Eva Elasigue, which was a 60 minute walk around the convention venue with the author of choice. There were also Pokemon Go team meetups, a walk/picnic to the Kumpula Botanic Garden, an introduction to rapier fencing, or a meetup for those interested in Ingress (the augmented reality game).

The Masquerade
We were unable to attend the masquerade, unfortunately, but as luck would have it, WorldCon streamed it and it is available now on their YouTube channel:

The Hugo Awards
The big event of the weekend was, of course, the Hugo Awards. Though we hadn’t personally read any of the books on the list, and thus our engagement in the event was low, we still want to offer our congratulations to the victors. As such, here is the list:

Conclusion
WorldCon75 was a wonderful experience on the whole. Much to the surprise of the organizers, this event turned out to be the second-largest WorldCon of all time! With so much to see and do, we would have needed a time turner to do everything we would have wanted to, having to trade panels for signings or meet-n'-greets for panels. However, it would be quite a feat to attend WorldCon and find yourself bored or uninterested.

The convention wasn't without its faults though. Security was often underprepared for the enthusiasm of some of the fans when it came to things like signings, and the convention on the whole was unprepared for how popular the panels would be, and it was unfortunate to see so many people removed from the rooms due to fire regulations.

As well, it was a true shame to have so few options available when it came to buying books. If a location is hosting WorldCon for the first time, they are usually recommended to hold back a bit, but in this case, that was poor advice. I would be willing to say that a lot of authors missed out on the opportunity to sell books because no one had them in stock, and if spreading awareness of one's work isn't what this whole thing is about, I don't know what is.

However, it would be a lie to say that we didn't have a blast, and the happy faces on everyone in attendance would suggest that we were not alone in that. A big thank you goes out to the organizers, guests, volunteers, and anyone else involved, and we wish WorldCon the best of luck in the future! We hope to see you again someday! 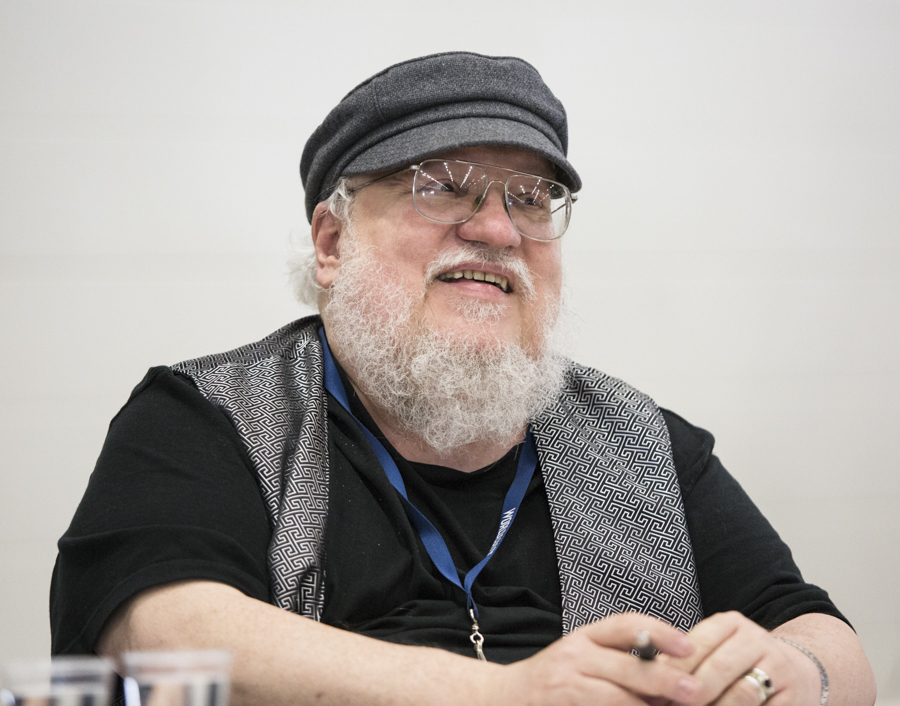