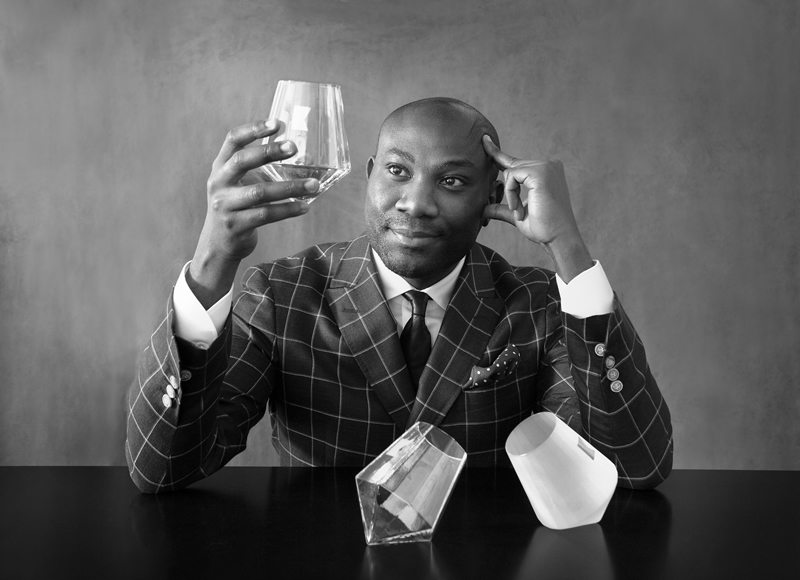 One of the most common stereotypes that I confront in Finland as a foreigner, and man of color, is that  men like me moved to Finland to take Finnish women.  First of all, this stereotype forces every foreign man and Finnish woman into a narrow stereotype that ignores the more positive story.  Many of us just want to be productive members of Finnish society who want to work, fall in love, and maybe raise a family.  Second, the notion of taking a Finnish woman, or any woman for that matter, renders that woman voiceless and incapable of making independent romantic choices.  I wanted to get some answers on this stereotype because I was hearing it more and more often from Finnish people I was coming in contact with.  I decided to interview about a dozen foreign men and Finnish women to see what their opinion was on this stereotype.  After months of interviews I settled on four interviews that stood out from the rest.

Each interview started with a general question on their romantic experiences with foreign men or Finnish women and ended with their thoughts on the stereotype.

Henriikka Saari, 30 (name changed) is an IT manager at a leading software company in Finland and only dates foreign men.  She is not in a committed relationship.

What has been your romantic experiences with foreign men?

I never dated or kissed a Finnish man or even a white man due to their looks.  I don't like white skin.  It doesn't appeal to me.  I prefer Black men with full lips.  They smile a lot.  They flirt.  They're good dancers.  They're not scared or shy.  They're a bit cocky but confident.  It's all about the attitude and, if the attitude is good, he's gonna get sex.

Foreigners are also better lovers. Finnish men don't know how to show love.  They are passionate only when they're drunk.  Finnish men fail to be smooth.  All it takes is confidence and a good smile. And you can get it.

I heard it and I think it's good that foreigners are taking Finnish women.  I don't see it as a bad thing at all.  There's nothing more beautiful than two people sharing two cultures, languages and potentially having a family that is interracial and multilingual and international.  Adding a little spice into it makes things more exciting.  Because of these interracial relationships, Finland is becoming a happier and a more international place.

Tell me more about your relationships with foreign men

Foreigners are often ready for anything.  I mean... all the activities and the partying.  The positivity is also a great bonus since you hardly find a depressed black or foreign man. Foreigners often find joy in simple things and focus on being happy. One big plus is that they are so family-oriented.  You can get to know their entire family so easily, and feel comfortable around them.  Also, the culture, language, music, and food are all good things.

In most [of my] relationships, though they may have ended badly, I have been treated like a queen.  Showing affection in public areas and sweet talking is so normal to foreigners.  It's easy to get compliments, and foreigners tend to focus more on their woman's appearance.

Milla Vaahtera, 34 is a designer and teacher who teaches creative thinking and is in a committed relationship with a Finnish man but who has dated foreign men

What has been your romantic experience with foreigners?

I've had romantic relationships with several foreigners and dating foreign people.  My first boyfriend was Norwegian Saami and from the Saami culture.  I've dated both Finnish and foreign guys.

Yes, I've heard of it and I think it isn't a true statement but it is a true fear. The fear is true even though it might not be right. It's not about Finnish prejudice about foreign people.  It's more about small communities.  I was visiting a small community [in Finland] when I was 15 and was traveling by bus and when I got out of the bus in this small village in Lapland there were rumors going around that I'm taking boyfriends. So I think this stereotype is something rooted in small communities who fear losing a spouse or somebody they have a crush on to this new shiny foreigner or outsider of the community When I travel to Lapland and there are these small villages it takes a while for the women to accept me because they fear I will take their spouses or seduce everybody.  I'm not there to seduce people.  I'm there to fish and enjoy nature.  But this is something that I don't think is only in Finland and it's the natural response to the fear that I will lose somebody or something .

Lincoln Kayiwa, 36 (Uganda, Africa) is one of Finland's most successful entrepreneurs in the design world.  Lincoln met and fell in love with his future life companion 8 years ago and is in a committed relationship.

What has been your romantic experiences with Finnish women?

Well, I can only look at my one current relationship.  We've been together for 8 years and I don't look at her as a Finnish woman or as a white person.  We share the same interests.   We have healthy debates and can intelligently address subject matters without race being a factor...It's a healthy relationship because we view each other as equals.

Of course.  I thinks it's generalizing or stereotyping.  I, for one, believe it's a personal choice.  When I go to Uganda with my family, I don't meet a British person and start accusing them of stealing our gold or our copper.  I'm more curious about them as a person.  Unfortunately, some in Finland often help feed the stereotypes.  I don't want to generalize but more than a few Finns readily buy that we're here for the women or the jobs and this is a pity.  Because there's been such a surge in right wing political parties, this accusation gets thrown around quite a lot. When the economy is not doing very well,  many look for a scapegoat or someone to pin the blame on

I know that it has been said that African men don't value a woman's rights, and that men are on the top and women are on the bottom, but I don't personally believe that.  She's a woman.  I'm a man.  We're not any different.  This reflects in our relationship.  Of course I didn't carry the kids for 9-months  but everything else we share 50/50.  From the household finances to the kid's upkeep. If she drops the kids off to school in the morning, I pick them up in the afternoon and vice versa.  If I put them to bed tonight, she will do it tomorrow.  It's balanced.  Some things happen organically.  Some things we talk about.  The purpose is to have this mutual respect, acknowledgment, and support.  I believe these are the qualities we were looking for.  I don't think that qualifies as taking.  It was a courtship that led us to where we are today in our relationship.

Nando Miranda, 46 (Tampa,  Florida) is freelance business consultant and taxi driver in Finland.  He is currently in a committed relationship

What has been your romantic experiences with Finnish women? In my work for an ad-agency in Detroit Michigan, I met a Finnish couple and, when they traveled back to Finland, they introduced me to a Finnish lady. After a 9 month courtship I moved to Finland in 1998.

I've heard it but I don't think I've ever considered it as being a serious stereotype. I've heard it more as an off-comment or a joke.  Link a wink wink and elbow nudge kind of thing. I've heard it a couple times. I just laugh it off because I came here chasing a  Finnish lady. We had 2 kids but ended up in a divorce but now I'm in a relationship with another Finnish woman for the last 7 years. When I hear that stereotype I don't think it's a factual statement.  I just laugh at it because it's kind of absurd to think about someone taking women.  They're not just laying on the street with their legs open, saying'”Take me! Take me!”.  It's absurd!

I think it's more of an insecurity that some people have whether they're a Finnish man or a Finnish woman who say foreigners are in Finland to take its women. Maybe it's because, for one thing, they don't want more foreigners here and that's a discussion happening nowadays with lots of different migrants from the Middle East and Eastern Europe coming here looking for a better life because they might be running away from war.  Maybe the morals and values that some Finns were raised with drives their stereotyping because they've been raised by parents from the countryside who are unaccustomed to a city life that's alive with diversity and now they're learning how to live in this diversified culture and just throw out this stereotype when they see a beautiful  Finnish lady with a foreign man.  Whether he's Black, White, Asian or whatever.  It doesn't matter.  It's just rude and obnoxious.  But I think it's more like a lack of confidence in oneself or in one's own national identity.   If a Finnish guy says that, maybe he's had poor relationships with Finnish females in the past and perhaps would want to instigate or try to get somebody to react to a comment like that by either saying it to an [intercultural] couple or a man at the bar or saying it to a woman who's dating somebody else [a foreigner] just to try and provoke them.

It is easier to stereotype people and their intentions when one sees them as part of a group rather than as individuals.  The point of this piece was to remove these people from the shadows and cast a light on them as individuals so their unique stories can be heard.   Most of the foreign men and Finnish women I interviewed for this piece did not necessarily plan on being in intercultural relationships.  They just happened to fall in love, start relationships, or become romantically involved with someone from a different culture.  Though one interviewee believed foreign men were taking foreign women, I believe her viewpoint was well-intentioned and not bigoted and honestly expressed a point of view few are brave enough to say aloud.  What I learned from most of these interviews, however, is that the idea of taking a Finnish woman, or any woman, is absurd because no human being belongs to another.  Moreover, the roots of the stereotype may stem from a fear of the other. In times of economic, political, and social insecurity people look for an easy scapegoat to blame for their problems.  Those who hold on to this bigoted stereotype wrongfully fear they are losing romantic possibilities, employment prospects or their place in society to foreign interlopers.  Are foreign men taking Finnish women? No. We are not.