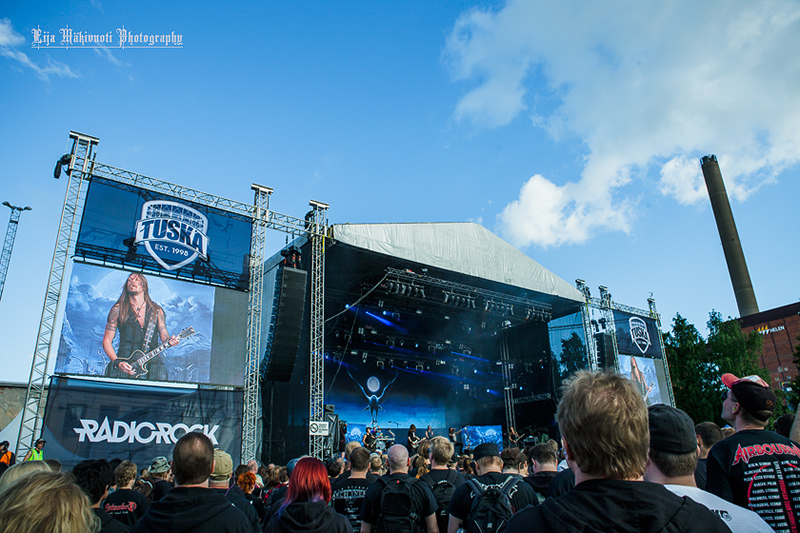 ANOTHER HEL(L)SINKI SUMMER also means another Tuska Open Air Metal Festival is around the corner. And all around Finland and the world metal heads are packing their band shirts, leather vests, black boots and -  hoping the metal gods will grant good festival weather – sunscreen to head to Helsinki for the weekend of July 1 to July 3. This will be the 19th edition of the festival, and it is again taking place at the former energy production area Suvilahti that is located very close to the city center.

But there are also some news to announce this year: For the first time, Tuska got permits to keep rocking until midnight on Friday and Saturday. On Sunday, the festival ends at 9 p.m. as in the years before. In addition to the already familiar Radio Rock Main Stage and Inferno Third Stage, there will also be a tent stage called Helsinki Stage this year. The program got some interesting additions as well: On the Solmusali Stage Tuska offers panels and interviews with metal legends such as Alex Skolnick from Testament and Scott Ian from Anthrax.

Those two bands will of course also play at the festival, along with other international heavy weights such as Behemoth, Kvelertak, Mantar, Tsjuder, Katatonia, Hatebreed, Delain, Primordial and Gojira. Avantasia are headlining on Friday with their first ever show in Finland, while Grammy Award winners Ghost will be the main act on Saturday. Finnish metal legends Children of Bodom will be closing the festival on Sunday.

The program of course holds a lot more Finnish bands: Lordi will play a special ‘The Arockalypse 2006 Redux Show’, and Swallow The Sun will perform on all three days, playing one of the Songs From The North albums each day. Other Finnish acts are Frosttide, Omnium Gatherum, Thunderstone, Lord Vicar, Turmion Kätilöt, Crimson Sun, Stam1na, Jess And The Ancient Ones and Diablo.

At the pre- and afterparties the festival goers can enjoy even more Finnish bands: On Thursday June 30 Tuska 2016 Heatseeker brings Santa Cruz, Lost Society and Shiraz Lane to the legendary Tavastia rock club. During the festival, the official after parties will be held at Virgin Oil Co and Bar Bäkkäri. Bands like Medeia, Fear of Domination and Bloodred Hourglass will make sure that the festival mood continues almost around the clock.

Tickets range from 70€ for a regular one-day ticket to 125€ for all three days. There are also Turbo VIP Tickets available at 155€ for one day or 255€ for the whole festival. All information and updates can be found on http://www.tuska-festival.fi/ as well as on the Tuska app (available for iOS, Android and Windows Phone).