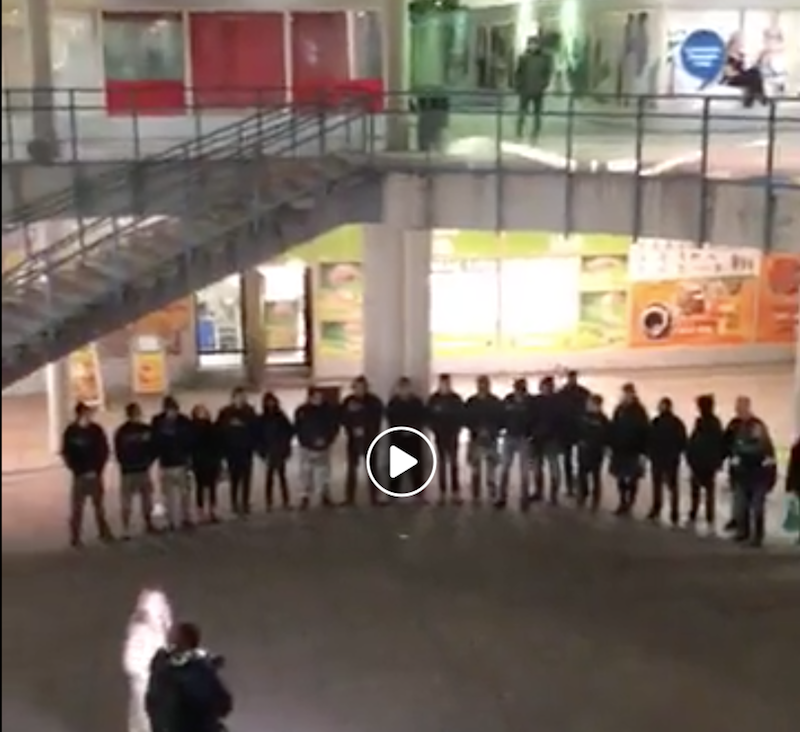 A video posted on the social media by Somali media Warsan, members of the far right group can be seen posing for a camera and standing in a military style line, and marching in the upper floor of the mall.

According to witnesses, Shoppers and visitors of the mall were frightened by the group and stayed inside the shops. The show off seems to have gone without incidents or violence. Police presence can also be seen In the video, although they do not seem to interfere.

According to some sources, Ironically, many of the members of the anti immigrant group Soldiers of Odin are themselves youth from Russian background.